"The more you invest in the arts, the healthier the scene will become": Kirsty Tickle of Party Dozen on DIY and the dire state of arts funding

Welcome to our new occasional Q&A feature where we'll be talking to various figures in Sydney's music community about their views on their experiences and perspectives on the creative community in our city.

We're delighted to have Kirsty Tickle of Party Dozen debuting the series. Congratulations to Kirsty and Jono for their release of their new album The Real Work last Friday on their own independent label GRUPO (AU/NZ) and Temporary Residence (rest of world). They're celebrating the new record with their Sydney show at Oxford Art Factory this Friday.

Can you give us a brief overview of who you are and what you do in music?

Hi! I'm Kirsty from Party Dozen. I'm a saxophonist who makes groovy, sometimes heavy, punk music with my good friend Jono [Boulet] who plays drums and samples. We have a great time playing music together.

Let’s start with where things began for you. Can you look back to your earlier participation in Sydney’s music scene? You might have originally had prior involvement in a music community in another city, or maybe Sydney was where you cut your teeth. But can you think of any notable moment where you suddenly realised that this city’s music community was “home” for you? Is that something you relate to?

When we started playing as Party Dozen, we were warmly embraced by the Black Wire Records community. We first experimented with our previous band Top People at Black Wire, which was heaps of fun. I was playing clarinet in that band, and then I decided saxophone was more suited to rock and so we created Party Dozen.

The Black Wire community is so special and we were so lucky to have played so many shows there and to have been a very small part of such an important and supportive punk scene. It's so great to see Tom have a new space for the record store too.

Do you feel Sydney’s changed over the years in terms of its attitude towards music, in terms of broader community participation and interest?

It's quite tricky to coax people out for shows at the moment. I think the past two years have people reconsidering their need to go out and we have a lot of younger music lovers who haven't really experienced the music scene yet. Sydney is expensive, and there is a backlog of gigs from the past two years that is probably stretching everyone's social calendars thin. Add to that people being unsure if they'll be able to use their tickets if they come down with Covid and you've got yourself a tricky situation.

BUT — I'm an optimist and I think there's still people wanting to go to gigs and experience live music in Sydney, and it can only grow and get better from here.

What’s your view on DIY? What’s its importance to an overall local music ecosystem? Should there be more of it locally or are we well served in this area?

More DIY all the time. There should be more avenues for bands that don't fit a traditional venue setup to play gigs, whether that's in a warehouse, a studio, someone's house party. I love the currency of a donation box, or a pay-what-you-can approach, particularly in the punk scene. It keeps things about the music.

I also have a firm belief that DIY teaches you how to do things without all the bells and whistles. If you can sound good in a warehouse with a half broken PA, you'll sound good anywhere. 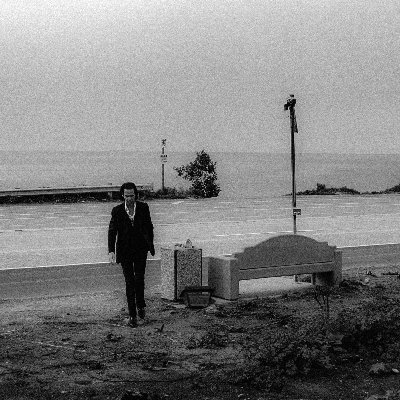 How about policy, from a local and state government perspective? Do you have a view on whether this contributes to or creates impediments with the current environment? What do you feel deserves more discussion?

Obviously Sydney has some massive issues regarding noise complaints and shared neighbourhoods but my main issue with policy here in NSW is that we lack funding. NSW has been hit so hard over the last decade having a state and national Liberal government. It feels so difficult to get even a small amount of funding as a band here compared to other states. The more you invest in the arts, the healthier the scene will become so we have to fund the arts again at all levels.

In your time spent looking at music scenes elsewhere around the world, is there anything you see in the way that they function that you’d love to see more of in Sydney?

I'd honestly like to see Sydney get a bit weirder.

Finally, would love to know if you’re a fan of any local artists or bands that you can’t believe more people aren’t banging on about.

RMFC, Research Reactor Corp and Histamine are great. I saw Chimers play the other night and was really impressed. Other than that, I also have to shout out all the bands on our label Grupo. ARSE, Scarpin and Pleasure are creating really excellent music. Jono's in half those bands so I'm completely biased, but they're great!

Party Dozen are playing Oxford Art Factory this Friday, July 15th, supported by dust and Dionysus. Kirsty also has a solo project called Exhibitionist, and used to play in a number of bands including Little Scout. Jono plays in a million bands and projects including ARSE and Pleasure, has a solo project with three records out, and used to play in Parades. Party Dozen's new record The Real Work came out last Friday the 8th of July,

Scorching down-tuned buzzsaw guitars? All that and more. A document of No Cake and Maple Moths' 20/03/2022 gig at Hiway Bar in Enmore.

Live music in Sydney is still clawing its way back to normalcy after a bruising decade of lockouts and lockdowns — but there's good stuff out there, and this site exists to help you find it.

"You don't need permission to do it yourself": Nick Ward on the Brockhampton Effect and Sydney's artist-driven future

"We're in this weird, fluid time in Australian music history where I feel like it's really fertile ground for people who have a really strong idea of what they want to do."

"This place would not exist without the audience": Nick Shimmin of the People’s Republic on creating Sydney's most unique house shows

13 years. 120 shows. 1 living room. We caught up with Nick Shimmin of the People's Republic to talk about creating an alternative space for artists and audience to enjoy a shared sense of community.